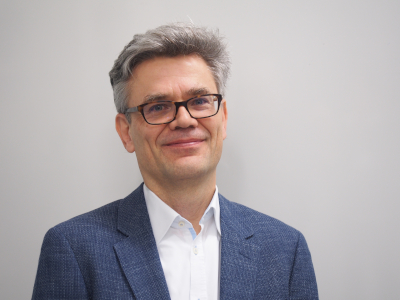 ChristianSchuster received the Diploma degree in physics from the University of Konstanz, Germany, in 1996, and the Ph. D. degree in electrical engineering from the Swiss Federal Institute of Technology (ETH), Zurich, Switzerland, in 2000. Since 2006 he is full professor and head of the Institute of Electromagnetic Theory at the Hamburg University of Technology (TUHH), Germany. Prior to that he was with the IBM T. J. Watson Research Center, Yorktown Heights, NY, where he was involved in high-speed optoelectronic package and backplane interconnect modeling and signal integrity design for new server generations. His currents interests include signal and power integrity of digital systems, multiport measurement and calibration techniques, and development of electromagnetic simulation methods for communication electronics. Dr. Schuster received IEEE Transactions on EMC BestPaperAwards in 2001 and 2015,IEEE Transactions on CPMT Best Paper Awards in 2012 and 2016, IEC DesignCon Paper Awards in 2005, 2006, 2010, 2017, and 2018, three IBM Research Division Awards between 2003 and 2005, and IBM Faculty Awards in 2009 and 2010. He isa member of the German Physical Society (DPG), a Senior Member of the IEEE,and a member of several technical program committees of international conferences on signal and power integrity, and electromagnetic compatibility. Within the IEEE he was serving as a Distinguished Lecturer for the EMC Society in the period 2012-2013, as a member of the Board of Directors of the EMC Society in 2015, and as the Chair of the German IEEE EMC Chapter in the period 2016-2019. Currentlyhe is an Associate Editor for theIEEE Transactions on EMC and again a member of the Board of Directors of the EMC Society. At TUHH he was serving as Dean of the School of Electrical Engineering, Computer Science and Mathematics in the period 2017-18.