Nowadays 3D electromagnetic (EM) simulators based on different numerical techniques such as the finite element method (FEM), the method of moments (MOM), the finite-difference time-domain technique (FDTD), the transmission-line matrix method (TLM), or the finite integration technique (FIT) are available for the analysis of a wide variety of electromagnetic problems. In this project, in accordance with the IEEE Recommended Practice for Validation of Computational Electromagnetics Computer Modeling and Simulations canonical problems such as a thin dipole antenna, a circular loop antenna, and a rectangular cavity with two apertures are considered using two commercial programs (based on FEM and FIT) and the code CONCEPT-II developed by the Institut für Theoretische Elektrotechnik using MOM. In addition a fourth example, which is not mentioned in the standard yet, has been created including a thick monopole antenna on a finite conducting plate. The key point is to find out how different method perform when applied to the example structures. This page provides the necessary information, i.e., geometrical data, meshes in STL format and results, for example input impedance or return loss (S11) as a function of frequency, far-field and near field data which may serve as a reference. Readers which are interested in numerical techniques and want to validate there own code or test codes that are available to them, find a useful source of information here. All reference results were computed with CONCEPT-II.

Benchmark 1: Thin Dipole Antenna
The dipole antenna is a simple antenna, see Fig. 1, and well-known and described in the literature. Two different models are considered here. The first one is a triangulated patch model comprising two long cylinders of small radii connected by a short wire forming the feed region. For comparison a pure thin-wire model has been investigated leading to a much smaller number of unknowns but providing quite the same results as can be observed in Fig. 2. 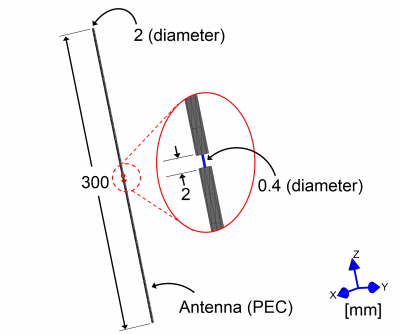 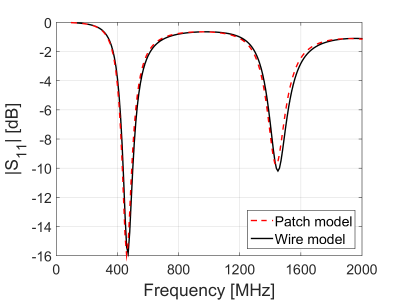 Fig. 1 depicts the geometry of the structure to be investigated in the frequency range between 100 MHz and 200 MHz. The radius of the PEC tube of circular cross section is 2 mm and the radius of the overall conductor loop is 150 mm considering the tube axis. The feed region is formed by a gap of 2 mm width and a PEC wire of 0.2 mm radius connecting both sides of the tube as demonstrated in Fig. 1. The feed point corresponds to the center of the connecting wire. At 1 MHz the complex input impedance of the loop is characterized by a radiation resistance of 19.2 nOhm and a self inductance of 829.2 nH. These values can be computed by well-known expressions that can be found in the literature and are in very good agreement with the numerical values which are 19.2 nOhm and 828.8 nH, respectively. 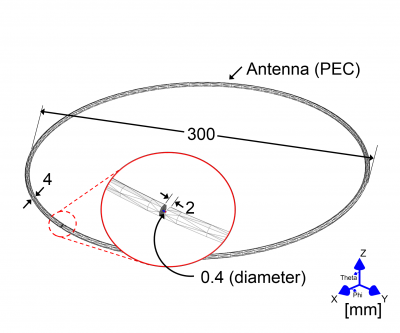 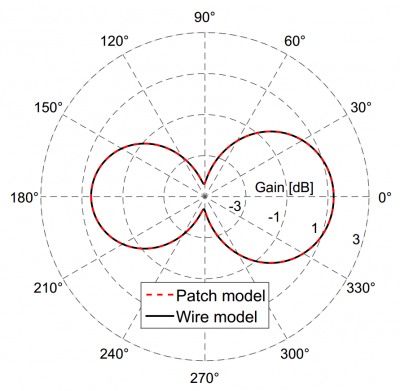 Fig. 2: Far field pattern (gain) of the circular loop antenna simulated at 200 MHz in the x-y plane, i.e. the plane of the loop (generator on the right side, note the symmetry of the curves). 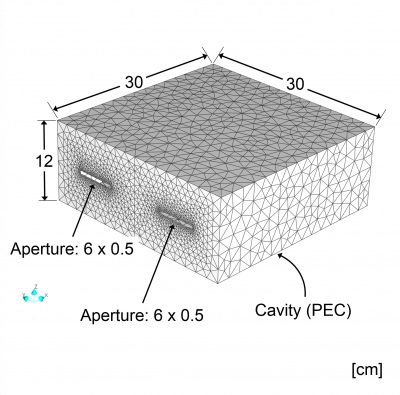 Fig. 1: Geometry of the rectangular cavity with two apertures. 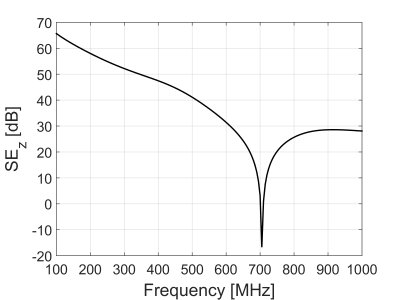 Fig. 2: Computed shielding effectiveness concerning the magnitude of the vertical component of the E field (SEz=-20*log10(internal magnitude of Ez / E0)) in the center of the cavity according to Fig. 1 .

This example consists of a finite ground plate of dimensions 30 cm x 30 cm. A completely closed box-shaped radiator which is fed by a coaxial cable is mounted in the center of the plate as depicted in Fig. 1. The distance between the bottom of the box and the plate is 1 cm, forming a rectangular cap. All structure parts are assumed to be perfectly conducting; the thickness of the ground plate turned out to be negligible in the investigated frequency range which is from 100 MHz to 6 GHz. The structure has been manufactured and the input reflection has been measured. Model details of the connecting section between the opening of the coax cable on the upper side of the plate and the bottom of the metal box are illustrated in Fig. 2. Fig. 3 shows the computed and the measured results for S_11 as a function of frequency. 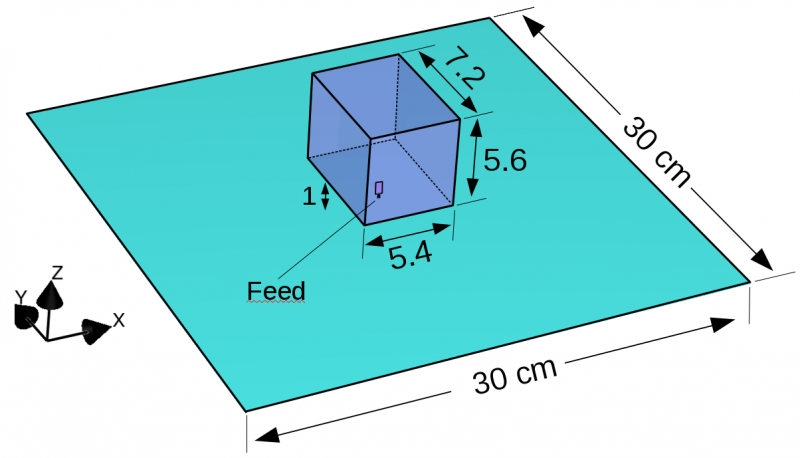 Fig. 1: Geometry of the box-shaped antenna on a finite plate. The feeding coaxial cable was not considered in the computation. 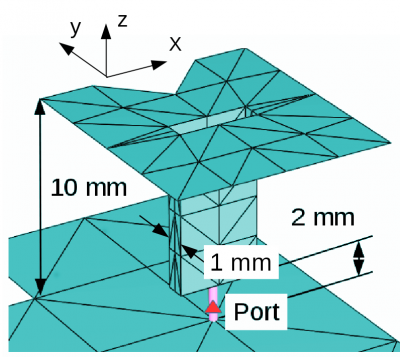 Fig. 2: Details of the connecting region between radiator an ground plate. 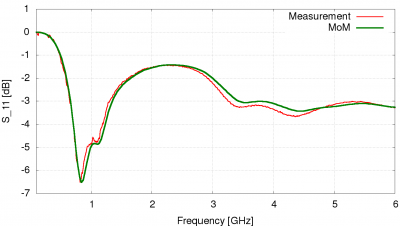 Fig. 3: Computed and measured input reflection S_11 as a function of frequency.